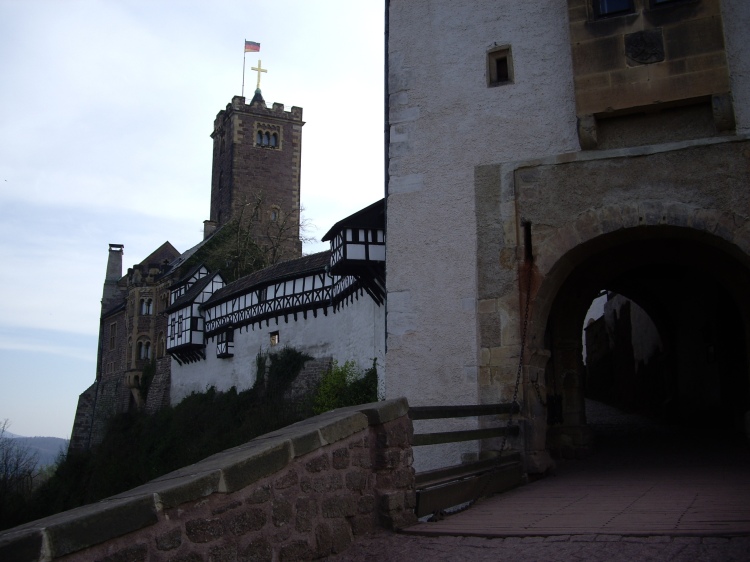 My grandfather, the late Rev. V.W. Steele, used to say, “Never compromise the truth.” “Don’t ever sell you soul for a mess of pottage,” Grandpa would surmise, with fire in his eyes. He understood the deadly influence of compromise, which plagued the church in his generation. He saw the crippling impact of liberalism, which waged war against the Bible and stifled the people of God. Few people listened to V.W. Steele’s counsel. Even fewer are listening today. So, compromise continues to make inroads in the lives of God’s people, in the local church, and in mainstream culture.

The Trauma of Compromise

Compromise is traumatic because it wreaks havoc on our lives. “The human spirit,” David Wells writes, “is now being moved not by profound thinking but by the experience of living in a metropolis presided over by bureaucracy, tranquilized by television, awash with the racket of closing cultures.”1 The end result of compromise is a suffocated church which is producing spiritual weaklings, unable to discern and powerless to make a difference in our world.

Compromise is a lowering of standards. It is, as the New Oxford American Dictionary defines it, a matter of accepting “standards that are lower than is desirable.” Such a move is not in keeping with historic Christianity. Indeed, compromise fails to honor the living God.

Compromise is a gradual erosion of what was once cherished. Typically, this deterioration is slow moving; it does not take place overnight. Rather, it is an imperceptible steady decline, which may not even be recognizable until it is too late. Like ocean waves that slowly chip away at the shores on a beautiful beach, so too, does compromise gradually erode the professing Christian who gives in to its demands.

Compromise is a cowardly pursuit. This mindset places higher regard for comfort and pleasure than the truth of God’s Word. This cowardly pursuit may feel right initially, but it eventually leads to a life of misery (Ps. 1:5-6).

Compromise is ungodly. It is man-centered. It placates and caters to the flesh. It is opposed to the things of God. In our generation, compromise is viewed as a strength instead of a vice. John MacArthur observes, “Compromise has become a virtue while devotion to the truth has become offensive.”2 Compromise is viewed as a necessary and strategic move in a pluralistic society. Compromise may look right, but if left unchecked, it always leads to disaster. The Scripture warns, “There is a way that seems right to a man, but is end is the way of death” (Prov. 16:25).

The Trial of Luther

Martin Luther understood the paralyzing effects of compromise. He saw how compromise slithered its way into the fabric of the church and began to devour the gospel, verse-by-verse and line-by-line. He witnessed how compromise in the priesthood eroded the integrity of the church from the inside out. Luther’s pilgrimage to Rome awakened him to the compromise that plagued the church. Martin Marty notes, “He expressed shock at the chaos, the filth, and the practices of locals who urinated in public and openly patronized prostitutes.”3 He watched with horror as the church he loved grew more and more like the world.

Luther never dreamed he would experience such wanton excess and sinfulness as he made his way to the holy city: “When I first saw Rome, I fell to the ground, lifted my hands, and said, ‘Hail to thee, O holy Rome.’” That impression quickly dissolved, however. He continued, “No one can imagine the knavery, the horrible sinfulness and debauchery that are rampant in Rome.”4 In Luther’s mind, the die was cast. And a new context emerged; a context that would set the stage for the Protestant Reformation.

Traits of a Person Who Refuses to Compromise the Truth

Like Luther, the apostles in the first-century church were swimming against the cultural tide. In Acts 5, their boldness landed them in prison (v. 18). But God performed miracles to advance his sovereign purposes: “But during the night an angel of the Lord opened the prison doors and brought them out” (Acts 5:19).

God instructs these men to preach the gospel: “Go and stand in the temple and speak to the people all the words of this Life” (Acts 5:20). Two imperative verbs appear in verse 20. God commands the apostles to “go” (poreúomai). And God commands these men to “speak” (laléō). Both verbs are written in the present tense, which suggests ongoing action, an unceasing ministry of proclamation – despite the persecution they will continue to face.

The response of the apostles is recorded in verse 21: “And when they heard this, they entered the temple at daybreak and began to teach. Now when the high priest came, and those who were with him, they called together the council, all the senate of the people of Israel, and sent to the prison to have them brought” (Acts 5:21). The apostles respond with obedience, decisiveness, and bold resolve. The apostles were bold reformers!

When confronted by the officials, the response of the apostles is consistent with God’s command: “The God of our fathers raised Jesus, whom you killed by hanging him on a tree. God exalted him at his right hand as Leader and Savior, to give repentance to Israel and forgiveness of sins” (Acts 5:30–31).

But pay close attention to the guiding principle that precedes the response of these bold reformers: “But Peter and the apostles answered, “We must obey God rather than men” (Acts 5:29). The Greek word translated “obey” (peitharchéō) means to trust or obey with confidence. That is to say, the apostles placed supreme faith in the living God, so much that they were willing to obey God from the heart. This brand of bold obedience is prepared to endure the consequences and glorify God, even to the point of death.

What are the defining features of a bold reformer who refuses to compromise the truth? What unshakeable and unbreakable principles will guide bold reformers down a path that stands strong and steadfast before God?

A bold reformer is committed to the truth of the gospel

John Piper makes a strong case for taking risks for the sake of the gospel: “It is the will of God,” writes Piper, “that we be uncertain about how life on this earth will turn out for us. And therefore it is the will of the Lord that we take risks for the cause of God.”5 Piper continues, “If our single, all-embracing passion is to make much of Christ in life and death, and if the life that magnifies him most is the life of costly love, then life is risk, and risk is right. To run from it is to waste your life.”6

A commitment to boldness and taking risks for the sake of the gospel is a countercultural pursuit, one that will draw blank stares from some people and invite stern criticism from others. Yet, a willingness to take risks is a crucial qualification on the bold reformer’s resume. Owen Strachan likewise urges Christ-followers to take risks. He writes, “We’re saved to plunge headlong into a life of God-inspired, Christ-centered, gospel-driven risk. We don’t know when the Master is returning; we don’t know what may come of our efforts. We’re not guaranteed any earthly results. But we are called to work while there still is time.”7

So, bold reformers cut against the cultural grain. They step out in faith and trust God with the results. They go places where others fear to tread and they leave the results with God. And they may, in the final analysis, pay the ultimate price but will also reap a heavenly reward. A bold reformer is willing to take risks for the sake of the gospel.

The world does need bold reformers who refuse to compromise the truth! The world needs Christians who say what they mean and mean what they say. The world needs believers who value conviction and maintain fidelity to the Word of God. The world needs blood-bought Bible folks, people who are willing to go to any length to be numbered among the obedient. Herman Bavinck rightly identifies such a person, a theologian who bears the marks of a bold reformer: “Bound by revelation, taking seriously the confessions of the church, a theologian must appropriate the Christian faith personally. This is a liberating reality; it made it possible for heroic figures such as Martin Luther to stand up to false teaching and misconduct in the church. We must obey God rather than men.”8

Dr. David S. Steele is the Senior pastor at Christ Fellowship in Everson, Washington. He is the author of Bold Reformer: Celebrating the Gospel-Centered Convictions of Martin Luther. He blogs regularly at http://www.baldreformer.wordpress.com.

This article was first published at Servants of Grace.