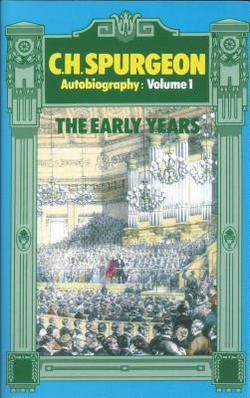 In his excellent piece, 21 Maxims for Discouraged Pastors, Douglas Wilson reminds us that discouragement is part and parcel of pastoral ministry. Here is a piece of advice for men in pastoral ministry. Whenever you face the fires of adversity, unjust criticism, or swim in the sea of discouragement – pick up something by Charles Haddon Spurgeon. The Full Harvest: Volume 2 is no exception to this rule.

The second volume of C.H. Spurgeon’s autobiography chronicles his life and ministry from 1860-1892. This account is a revised edition which was originally compiled by the British pastor’s wife, Susannah and Joseph Harrald.

This volume contains the high’s and low’s of Spurgeon’s ministry and demonstrates that Spurgeon was no stranger to controversy and adversity. Here is a man who battled a myriad of maladies and was plagued by chronic depression. The book shows how the Prince of Preachers overcame these barriers and trusted in his Savior to carry him through.

Perhaps the most impressive feature is Spurgeon’s resilient mindset. He endured many hardships in his London pastorate. Yet his influence remains with us today – with thousands of sermons for us read and digest.

Spurgeon was deeply committed to the doctrines of grace:

I have my own private opinion that there is no such thing as preaching Christ and Him crucified unless we preach what nowadays is called Calvinism. It is a nickname to call it Calvinism; Calvinism is the gospel, and nothing else. I do not believe we can preach the gospel, if we do not preach justification by faith, without works; nor unless we preach the sovereignty of God in His dispensation of grace; nor unless we exalt the electing, unchangeable, eternal, immutable, conquering love of Jehovah; nor do I think we can preach the gospel, unless we base it upon the special and particular redemption of His elect and chosen people which Christ wrought out upon the cross; nor can I comprehend a gospel which lets saints fall away after they are called, and suffers the children of God to be burned in the fires of damnation after having once believed in Jesus. Such a gospel I abhor.

Spurgeon’s rock-solid belief in the doctrines of grace is a testimony to the power of the gospel and the joyful journey which is promised to God’s elect.

View all posts by davidsteele1966