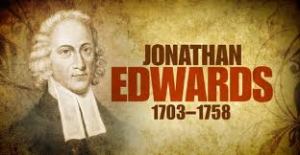 Edwards pens his concluding remarks by demonstrating how God may justly withhold mercy and by offering a brief section that he entitles, practical improvement (what we would call application).

The primary argument that Edwards sets forth is basic: Since unconverted men are naturally hostile to God and prove to be his enemies, it is just with God should he chose to withhold his mercy.  Whenever mercy is supposed to be mercy, it becomes non-mercy – for mercy is under no obligation, whatsoever.  Again, should mercy become obligatory, it ceased to be mercy.

Edwards rightly says, “This doctrine affords a strong argument for the absolute sovereignty of God, with respect to the salvation of sinners.  If God is pleased to show mercy to his haters, it is certainly fit that he should do it in a sovereign way, without acting as any way obliged … [He has] liberty to choose the objects of his mercy; to show mercy to what enemy he pleases, and to punish and destroy which of his haters he pleases.”

Edwards directs three closing arguments that are directed at enemies of God:

First, how causelessly you are enemies to God.  He reminds the unconverted about the Providential designs of God; how he has showered his common grace on those who hate him.

Second, consider how you would resent it, if others were such enemies to you, as you are to God.  He adds, “Consider therefore, if you, a poor, unworthy, unlovely creature, do so resent it, when you are hated, how may God justly resent it when you are enemies to him, an infinitely glorious Being; and a Being from whom you have received so much kindness!

Third, how unreasonable is it for you to imagine that you can oblige God to have respect to you by any thing that you can do, continuing still to be his enemy.

Edwards returns to the doctrinal affirmations in Romans 5, namely, that Christ died for the ungodly; he died for his enemies.  Two primary considerations guide the Puritan divine as he closes:

First, he directs the reader to contemplate the great wonder in Christ who gave his life for the sins of everyone who would ever believe.  Each one for who Christ died was an enemy.  But note: “How wonderful was the love of God the Father, in giving such a gift to those who not only could not be profitable to him, but were his enemies, and to so great a degree!”  Edwards continues, “Though they had enmity that sought to pull God down from his throne; yet he so loved them, that he sent down Christ from heaven, from his throne there, to be in the form of a servant; and instead of a throne of glory, gave him to be nailed to the cross, and to be laid in the grave, so we might be brought to a throne of glory.”  Edwards drives home the reality of God’s love that was demonstrated for sinners who despised him.  Oh, what a love!

Second, Edwards encourages believers to modify their perspective to towards their earthly enemies: “Seeing we depend so much on God’s forgiving us, we should exercise a spirit of forgiveness towards our enemies.

Men, Naturally God’s Enemies is a well-thought out treatment of the hostility that every natural man has toward the God of the universe.  Edwards work is a reminder that is needed in the 21st century church.  While most if not all Christ-followers are quick to give lip service to the doctrine of total depravity, some still refuse to embrace the biblical portrait of man; a portrait that when painted correctly reveals the utter hostility and enmity that the natural man has toward God.  There is a great need in the church to remind the lost of their true condition before God and to admonish them to flee to the cross to find forgiveness of all their sin.  Additionally, there is a great need in reminding Christ-followers of their former condition, which will at the end of the day, ignite a heart filled with worship for the God who demonstrates his love for us!