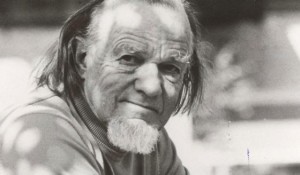 Sometimes the best things come in small packages.  Case in point: Two Contents, Two Realities by Francis Schaeffer.  To call it a booklet would be inaccurate.  To call it a pamphlet would be insulting.  The worst accusation one could hurl at this work is irrelevant or outdated.  Originally published in 1974 as a position paper that was presented at the International Congress on World Evangelization in Lausanne, Switzerland, Schaeffer’s work (as usual) is prophetic, timely, and challenging.  His writing aims squarely at the Christian mind but always impacts the heart.  And whenever the mind and heart are inflamed by Christian truth, the hands and feet are quick to follow.

Schaeffer’s proposition in this piece is simple.  The culture is getting increasingly more secular and ungodly.  There are two contents and two realities:

Reality # 2: The Beauty of Human Relationships

Schaeffer argues, “We must have the courage to make no compromise with liberal theology and especially neo-orthodox existential theology.”  He argues strenuously against any system that abandons the role of the intellect which is tantamount to rejecting propositional revelation.  In regards to the doctrinal content, Schaeffer maintains there are three things we must recognize:

2) There must be a strong emphasis on the propositional nature of the Bible, especially the early chapters of Genesis.

3) There must be a strong emphasis on the practice of truth.

Anyone who takes a serious look at the church in the 21st century must admit that we have clearly moved away from these important components in Schaeffer’s system.  Theology is marginalized in most churches.  Propositional truth is relegated to modernity and cast aside in favor of mysticism and existentialism.  And while practicing the truth may be in vogue, one wonders which truth is being practiced given the shaky epistemological groundwork.

Schaeffer identifies the strong Platonic worldview that has been embraced by mainstream evangelicals – a view that divides man into two parts, namely, spiritual and physical.  He rightly adds, “We must consciously reject the Platonic element which has been added to Christianity.  God made the whole man; the whole man is redeemed in Christ.  And after we are Christians, the Lordship of Christ covers the whole man.”

Herein lies the rub.  Since historic Christianity is the truth (what Schaeffer calls elsewhere, “true truth),  it must therefore “touch every aspect of life.”  Difficult questions may be challenging, but answers must be given nonetheless.  Forever gone are the days when one answers, “You must just believe.”  Such a mindset is tantamount to blind faith – which in all reality is no faith at all!

The church must address cultural questions as well as questions that come from within.  Schaeffer maintains that in order for this to take place, there must be sufficient training in both the church as well as the academy.

Behind true spirituality is a commitment to truth which is stated in propositions.  Schaeffer spoke to the liberals in his day and echoes that same reality to emergent types and neo-liberals with this bold challenge: “Anybody who diminishes the concept of the propositionalness of the Word of God is playing into … non-Christian hands.” He proceeds to encourage readers to grasp propositional truth by making truth come alive in the streets and in the marketplace of ideas.  He reacts strongly to any system that is a mere end in itself: “A dead, ugly orthodoxy with no real spiritual reality must be rejected as sub-Christian.”

The Second Reality: The Beauty of Human Relationships

Schaeffer observes, “We are to show something to the watching world on the basis of the human relationships we have with other people, not just other Christians.”  Schaeffer illustrates how we are called to love people without compromise.  He uses the liberal theologian as an example.  He adds, “Yes, we are to stand against his theology.  We are to practice truth, and we are not to compromise.  We are to stand in antithesis to his theology.  But even though we cannot cooperate with him in religious things, we are to treat the liberal theologian in such a way that we try from our side to bring our discussion into the circle of truly human relationships … We can have the beauty of human relationships even when we must say no.”

Francis Schaeffer’s understanding and exposition of two contents and two realities is very helpful as one seeks to make inroads with secular people.  I commend it and trust that this excellent work will be read and digested by many.