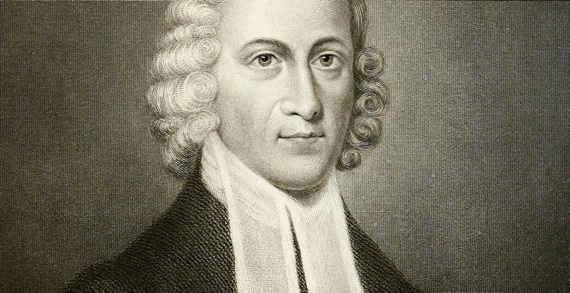 “God is glorified in the work of redemption in this, that there appears in it so absolute and universal a dependence of the redeemed on him.”  This is the doctrine that Jonathan Edwards sets forth in his sermon, God Glorified in Man’s Dependence.  He provides two central anchors that support his doctrine.

“… So that no human being might boast in the presence of God. And because of him you are in Christ Jesus, who became to us wisdom from God, righteousness and sanctification and redemption, so that, as it is written, “Let the one who boasts, boast in the Lord.”” (1 Corinthians 1:29–31, ESV)

Anchor # 1: There is an absolute and universal dependence of the redeemed on God

Edwards is concerned to show how the people of God depend upon the Trinity for everything.  He demonstrates how the “redeemed have all from the grace of God.”  He reminds us that God is sovereign in the distribution of his grace, a truth that was and continues to be rarely taught from the pulpit: “God may forever deny holiness to the fallen creature if he pleases, without any disparagement to any of his perfections.”

Anchor # 2: God is exalted and glorified in the work of redemption

1. Man hath so much the greater occasion and obligation to notice and acknowledge God’s perfections and all-sufficiency.

2. Hereby is demonstrated how great God’s glory is considered comparatively, or as compared with the creatures.

3. By its being thus ordered, that the creature should have so absolute and universal a dependence on God, provision is made that God should have our whole souls, and should be the object of our undivided respect.

In ascribing everything to God, Edwards is primarily concerned for us to exalt in him alone.  He closes with strong words of admonition: “Let us be exhorted to exalt God alone, and ascribe to him all the glory of redemption … But this doctrine should teach us to exalt God alone: as by trust and reliance, so by praise.  Let him that glorieth, glory in the Lord.”

God Glorified in Man’s Dependence is a Semi-Pelagian sledgehammer,  destroying every ounce of human pride and self-effort.  Edwards puts the axe to Arminian axioms that while well-intentioned rob God of the glory which is rightly his.  Each line of the sermon chips away at the human propensity to receive glory and take credit for what rightly belongs to God.  Edwards reminds us that everything we have is owing to God; that he is sovereign in the distribution of his grace.  Indeed, God is glorified in man’s dependence.